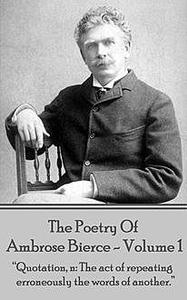 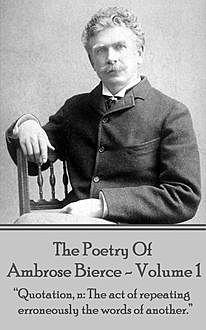 Ambrose Gwinnett Bierce had a diverse literary, military and journalistic career, during which his sardonic view of human nature ensured he was both frequently critical and frequently criticised. As a writer, his work included short stories, fables, editorials and his journalism, which was often controversial owing to his vehemence and acerbic style. He was born on June 24th 1842 at Horse Cave Creek in Meigs Country, Ohio. His parents were poor and very religious but instilled in the young Bierce an abiding love of language and literature. A year at the Kentucky Military Institute prepared him for the Civil War and a source of much of his acclaimed writing. Eventually he moved west to San Francisco where he married and began his literary career in earnest. A few years in England saw his work begin to publish in greater quantities. By 1891 although his marriage had fallen apart he had published ‘An Occurrence at Owl Creek’ his classic short story. To this he quickly added volumes of poetry and further volumes of stories and essays as well as a thriving career with the Hearst Organisation. In all his reputation was set as one of America’s foremost literary creators. At the age of 71, in 1913 Bierce departed from Washington, D.C., for a tour of the battlefields upon which he had fought during the civil war. He passed through Louisiana and Texas by December and was crossed into Mexico which was in the throes of revolution. He joined Pancho Villa’s army as an observer. It was in Chihuahua where he wrote his last known communication dated 26th December 1913, closing with the words “as to me, I leave here tomorrow for an unknown destination” and then vanished without trace in what would become one of the most famous unexplained disappearances in American history.