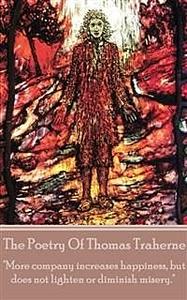 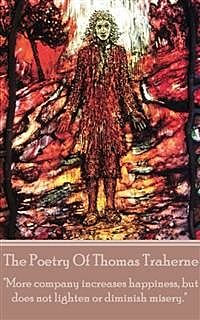 Thomas Traherne was born in Herfordshire, the son of a shoemaker. He was educated at Hereford Cathedral School and Brasenose College, Oxford. After graduating in 1656 he took holy orders and for ten years was a parish priest in Credenhill, near Hereford. In 1667 he moved to become minister at Teddington and was the private chaplain to Sir Orlando Bridgeman, the Lord Keeper of the Great Seal to Charles II. He died at Bridgeman's house at Teddington in late September 1674 and is buried in St Mary's Church under the reading desk. During his lifetime Thomas made almost no impact as a poet. His life was sheltered, devout and humble. He managed to get only one of his works, Roman Forgeries in 1673, published whilst alive. Much of his work was lost after his death or wrongly attributed to others. Bertram Dobell who eventually gained possession of the manuscripts was able, after some work, to prove that provenance of authorship lay with Thomas Traherne. From there his work has become much admired and he is at last earning his rightful place in the literary pantheon.