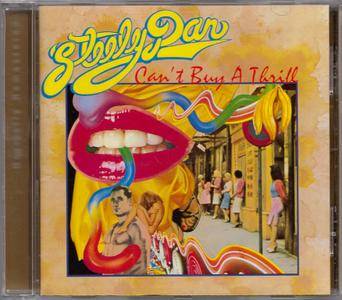 Walter Becker and Donald Fagen were remarkable craftsmen from the start, as Steely Dan's debut, Can't Buy a Thrill, illustrates. Each song is tightly constructed, with interlocking chords and gracefully interwoven melodies, buoyed by clever, cryptic lyrics. All of these are hallmarks of Steely Dan's signature sound, but what is most remarkable about the record is the way it differs from their later albums. Of course, one of the most notable differences is the presence of vocalist David Palmer, a professional blue-eyed soul vocalist who oversings the handful of tracks where he takes the lead. Palmer's very presence signals the one major flaw with the album – in an attempt to appeal to a wide audience, Becker and Fagen tempered their wildest impulses with mainstream pop techniques. 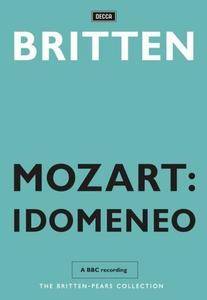 This DVD of the recently issued Britten/Pears mini series recorded by the BBC for television way back in the 1960's and the 70's is for all intents and purposes another resounding success. All four priceless documents were thought lost, but this Idomeneo seems to have had a charmed life more than others. Indeed, three days before the Aldeburgh première, the hall was left in cinders and it is something of a miracle that the television production could actually go ahead. 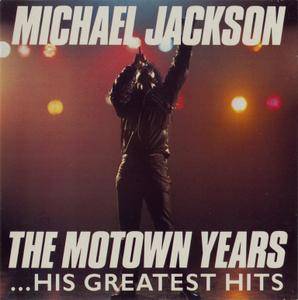 The biggest pop star of the '80s, and one of the most popular artists of all time, with a brilliant, soulful voice and breathtaking dance moves. Dubbed the "King of Pop", he was one of the most popular entertainers in the world, and was the best-selling music artist at the time of his death. Jackson's contributions to music, dance, and fashion along with his publicized personal life made him a global figure in popular culture for over four decades. 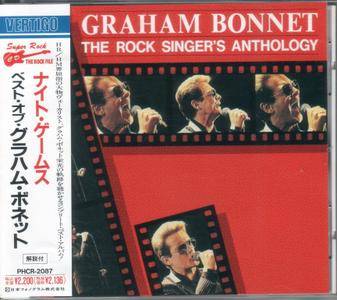 Graham Bonnet is an English rock singer and songwriter. He has recorded and performed as a solo artist and as a member of several hard rock and heavy metal bands including Rainbow, the Michael Schenker Group, Alcatrazz, and Impellitteri. Bonnet is known for his James Dean-inspired style and extremely powerful singing voice and wide vocal range. His singing has been noted as 'very loud' by both his contemporaries and himself, and he claims to be a self-taught singer with 'no discipline for lessons'. The Rock Singer's Anthology is a compilation album by Graham Bonnet, released in 1990. 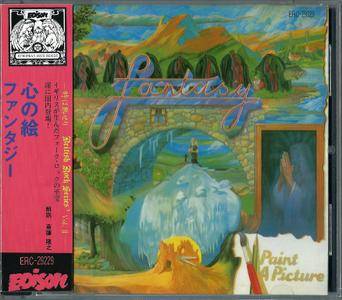 The British band Fantasy released two albums in the early '70s of predominantly pastoral progressive rock. Originally called FireQueen, the group was comprised of Paul Lawrence (vocals, guitar), David Metcalfe (keyboards), and Dave Read (bass). Their first album was Paint a Picture (1973), a mellow and imaginative collection of song-based material that featured a heavy use of acoustic guitars, Hammond organs, and pianos. In 1974, the band recorded Beyond the Beyond, which was not released until 1992. The album saw the group expanding their sound into more quintessential progressive material while remaining true to the pastoral sound of their debut. 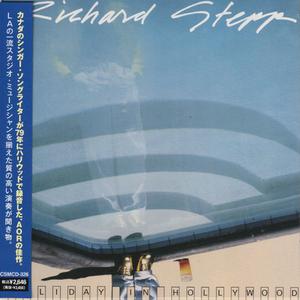 Holiday In Hollywood was recorded in Hollywood in 1978 and 1979 using members of Toto and Frank Zappa's group. The producer was Andy Di Martino, who had previously procuded a range of artists like Glenn Yarborough, Captain Beefheart & His Magic Band, and The Cascades' 'Rhythm Of The Rain'. The strings were scored by movie great Jimmy Haskell and conducted by Sid Sharp. The backup vocals were handled by the Waters Family singers. The MCA/Infinity Records release of 'Holiday In Hollywood' earned Stepp a Maple Leaf award for songwriting, as well as a Juno nomination for best new male vocalist in 1980. 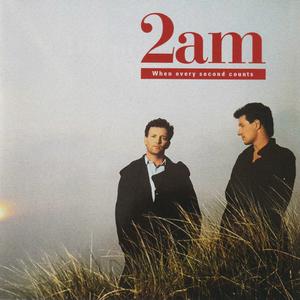 2AM is the brainchild of vocalist Dave Lloyd (Nutz/Rage) and guitarist/songwriter Mark Thomas. The high-tech AOR duo delivered their one and only album in 1987, before splitting in 1988 after being dropped by their label RCA, leaving behind a true classic that fans have traded audio copies over the last 30 years. Unfortunately, there is a sad side to this reissue. Mark Thomas was only recently discovered to have passed away several years ago after dropping out of the industry many years earlier. In 2003 Judges sitting in the High Court in London ruled that American singer Bobby Womack had stolen the 2AM song 'You're The One', awarding Thomas GBP57,000 in royalties. 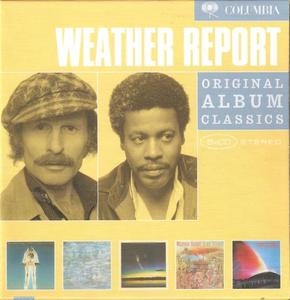 2007 five CD set, a great installment in Sony/BMG's Original Album Classics series that brings together rare and out of print titles with some best sellers from the Sony/BMG Jazz catalog. Many of these albums have been unavailable on CD for some time and are sought after by collectors. Each set is presented in a high quality, rigid cardboard slipcase containing five 'vinyl replica' mini LP sleeves. This collection from the Jazz fusion greats features the albums I Sing the Body Electric, Sweetnighter, Mysterious Traveller, Black Market and Night Passage. 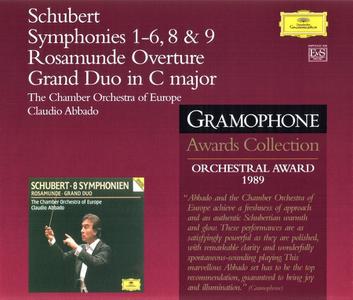 Abbado’s complete Schubert symphony cycle is a benchmark recording, exhibiting a “freshness of approach and authentic Schubertian warmth and glow” (Gramophone). Not only does this collection contain the entire collection of Abbado's Schubert symphonies, it also features the added bonus of Joseph Joachim’s great orchestration of the "Grand Duo", originally for piano duet, now a virtual symphony in its own right. 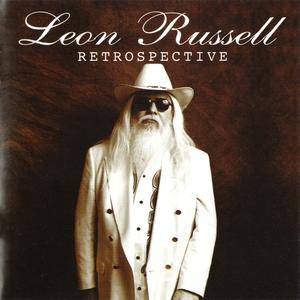 Retrospective is an 18-track collection that features the bulk of Leon Russell's greatest hits ("Tight Rope," "Roll in My Sweet Baby's Arms," "Lady Blue," "Back to the Island"), plus many key album tracks. Since Russell was primarily an album artist, this approach doesn't necessarily do him justice, but for listeners who only want the hits, this will do. 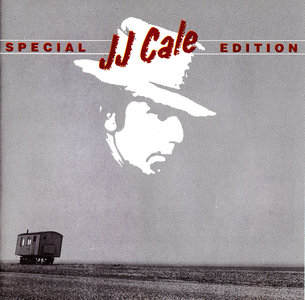 Sinuous rhythms, conversational singing, and, most of all, intricate, bluesy guitar playing characterize Cale's performances of his own songs. This compilation, covering 11 years of recording, includes the songs Eric Clapton, who borrowed heavily from Cale's style in his 1970s solo work, made famous: "After Midnight" and "Cocaine". 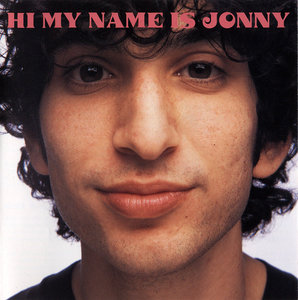 Power pop will never die. At least, it won't as long as whippersnappers like Jonny Polonsky are around to infuse it with the youth and exuberance he displays on his debut album, Hi My Name Is Jonny. Just 22 years old, Polonsky inundated his idol, Frank Black, with tapes of his music. Black was impressed enough to not only get Polonsky a record deal, but to produce his debut. The Black touch is apparent throughout the album, especially on tracks like "In My Mind" and "I Don't Know What to Dream at Night," both of which boast loud guitars, sharp pop hooks, and cute lyrics. Occasionally, Polonsky overdoes the quirkiness that makes his songs unique – "Evil Scurvy Love" and "It's Good to Sleep" are a bit too silly for their own good. However, Polonsky's pop smarts create some terrific, catchy love songs like "Gone Away" and "Half Mind," which sound excited to exist. "Love Lovely Love" is instant gratification at its best, and "Truly Ugly and Dead Too" is as fun a put-down song as you're likely to hear. Too short at ten songs, Hi My Name Is Jonny makes Polonsky a name to remember. 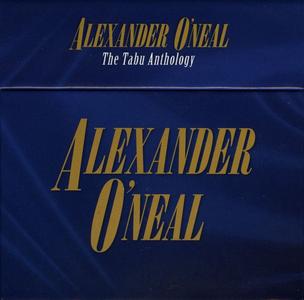 Following the success of the Tabu individual expanded editions, we have subsequently received enquiries about putting some packages together on Alexander O’Neal and The S.O.S. Band which encompass all of the original albums together with the 7” versions of the singles plus some of the 12” mixes we were unable to feature on the individual expanded editions. So who better to curate these packages than Ralph Tee, curator of the Philadelphia International Box Set and all-round Soul Music expert. So here are all 6 of Alexander O’Neal’s original Tabu albums as they were originally released together with 2 bonus CDs, one of which contains of all the key 7” singles and the other which contains the 12” versions which were not included on the recent expanded editions. 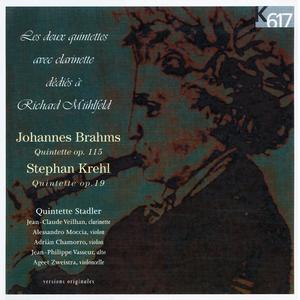 Brahms' Clarinet Quintet is a cornerstone of late Romantic chamber music, and this is the only period interpretation of the work using period instruments curently available. Jean Claude Veilhan plays a late C19th clarinet with a fine mellow sound that is more refined than a classical instrument but still more delicate than a modern one would sound. He is well supported by the string players (members of Quatour Turner who record for Harmonia Mundi), who use gut strings and a historically correct technique, ie:- they aim for a transparent sound with limited vibrato. 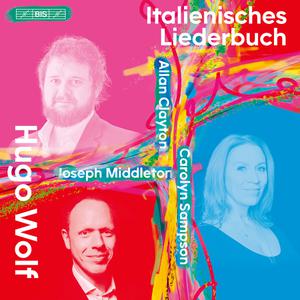 Composed in feverish bouts interrupted by long periods of inaction, Hugo Wolf’s Italienisches Liederbuch was brought to completion in 1896. The 46 songs are settings of poems in German by Paul Heyse, after Italian folk songs – miniatures with a duration of less than 2 minutes in most cases. Heyse’s collection numbered more than 350 poems, but Wolf ignored the ballads and laments, and concentrated almost exclusively on the rispetti. These are short love poems which chart, against a Tuscan landscape, the everyday jealousies, flirtations, joys and despairs of men and women in love. Heyse’s translations often intensify the simple Italian of the original poems, and in their turn, Wolf’s settings represent a further heightening of emotion. Miniatures they may be, but many of the songs strike unforgettably at the heart.