A young witch, on her mandatory year of independent life, finds fitting into a new community difficult while she supports herself by running an air courier service.
Animation Family Fantasy Adventure
Details Commissioned by the military during World War II, this collection of propaganda cartoons has not been seen in over fifty years. Created by the famed animators at Warner Bros. from 1943-1946 and voiced by the legendary Mel Blanc, this disc presents all twenty-eight Private Snafu cartoons ever released. 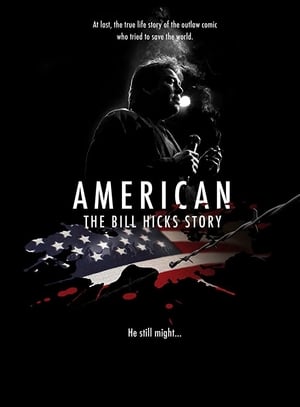 American: The Bill Hicks Story is a biographical documentary film on the life of comedian Bill Hicks. The film was produced by Matt Harlock and Paul Thomas, and features archival footage and interviews with family and friends, including Kevin Booth. The filmmakers used a cut-and-paste animation technique to add movement to a large collection of still pictures used to document events in Hicks' life. The film made its North American premiere at the 2010 South by Southwest Film Festival. The film was nominated for a 2010 Grierson British Documentary Award for the "Most Entertaining Documentary" category. It was also nominated for Best Graphics and Animation category in the 2011 Cinema Eye Awards. Awards won include The Dallas Film Festivals Texas Filmmaker Award, at Little Rock The Oxford American's Best Southern Film Award, and Best Documentary at the Downtown LA Film Festival. On Rotten Tomatoes, 81% of the first 47 reviews counted were rated positive.
Comedy Documentary
Details Adapted from a novel from sci-fi series by Kyr Bulychev about a little girl Alice. It's Alice's birthday and as a present she is invited by an old alien friend archaeologist Gromozeka to join him on an expedition to an alien planet Coleida which population was destroyed by a space plague a hundred years ago. Arriving at the planet they decide that Alice, using a time-traveling device, will go back in time to the day when the plague was brought in by their space expedition to try and save the planet from destruction by spraying the astronauts with a vaccine. To achieve that, she and another alien scientist professor Rrrr, who looks just like a cat, must make a long and perilous journey to the planet's spaceport.
Animation Family Science Fiction
Details A music-loving kinkajou named Vivo embarks on the journey of a lifetime to fulfill his destiny and deliver a love song for an old friend.
Animation Family Comedy
Details After his business goes bankrupt, 30 something Kyeong-Min kills his wife impulsively. Hiding his anger, he seeks out his former middle school classmate Jong-Seok. Jong-Seok now works as a ghostwriter for an autobiography, but he dreams of writing his own novel. For the first time in 15 years they meet. Kyeong-Min and Jong-Seok both hide their own current situations and begin to talk about their middle school days.
Animation Thriller Drama
Details Pinocchio (1940)
Lonely toymaker Geppetto has his wishes answered when the Blue Fairy arrives to bring his wooden puppet Pinocchio to life. Before becoming a real boy, however, Pinocchio must prove he's worthy as he sets off on an adventure with his whistling sidekick and conscience, Jiminy Cricket.
Animation Family
Details Monster House (2006)
Monsters under the bed are scary enough, but what happens when an entire house is out to get you? Three teens aim to find out when they go up against a decrepit neighboring home and unlock its frightening secrets.
Animation Comedy Family Fantasy
Details Animal Farm (1954)
A successful farmyard revolution by the resident animals vs. the farmer goes horribly wrong when corrupt pigs hijack it for their personal gain. Based on the socialist George Orwell’s novel “Animal Farm”, a critique of Stalinist authoritarianism.
Animation Drama
Details Strange Magic (2015)
A love potion works its devious charms on fairies, elves and the swamp-dwelling Bog King as they all try to possess the potion for themselves.
Music Animation Family Fantasy
Details Clifford's Really Big Movie (2004)
Fearing that he costs too much to feed, Clifford decides to join a traveling carnival so he can enter a talent contest in hopes of winning a lifetime supply of Tummy Yummies treats. Joined by his friends Cleo and T-Bone, Clifford meets up with Shackleford the High-Flying Ferret and Rodrigo Chihuahua of Steel, as they work together to turn a broken-down act into a record-breaking show.
Family Adventure Animation
Details Rise of the Teenage Mutant Ninja Turtles: The Movie (2022)
When a mysterious stranger arrives from the future with a dire warning, Leo is forced to rise and lead his brothers, Raph, Donnie, and Mikey in a fight to save the world from a terrifying alien species.
Animation Action Adventure Comedy Fantasy Family
Details Luck (2022)
Suddenly finding herself in the never-before-seen Land of Luck, the unluckiest person in the world must unite with the magical creatures there to turn her luck around.
Animation Adventure Comedy Fantasy
Details 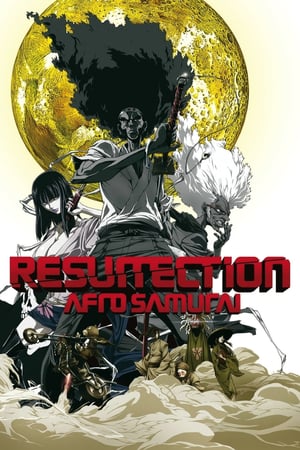 Afro Samurai: Resurrection (2009)
Afro Samurai avenged his father and found a life of peace. But the legendary master is forced back into the game by a beautiful and deadly woman from his past. The sparks of violence dropped along Afro’s bloody path now burn out of control – and nowhere are the flames of hatred more intense than in the eyes of Sio.
Animation Action
Details
Publication archive